The majestic National Museum of Qatar opens for visitors

The National Museum of Qatar, an impressive architecture of Jean Nouvel, was inaugurated with majesty, and with Bloomberg to note that it is the most important Middle Eastern museum at this time.

After 18 years of work and inspired by the shape of desert rocks, the imposing building dominates Doha, near the airport. The National Museum will be open to everyone, said the president of the Museum of the Emirate, asserting that the embargo imposed by Saudi Arabia and its allies did not affect the achievement of the plan.

“Qatar has become much more powerful since June 2017. Citizens have defended their dignity and the truth with the consequent strengthening of the country,” said Qomir Sheikh’s emir Tamim Ben Hamad al-Thani.

The Museum, estimated at $ 434 million, was originally scheduled to be inaugurated in 2016, a year earlier, before former Doha allies, namely Saudi Arabia, the United Arab Emirates and Bahrain, impose an economic and diplomatic blockade on it.

The latter accuse Qatar of not taking enough distances from Iran, a Shi’ite regional power and a rival of Sunni Saudi Arabia, and supporting radical Islamist organizations, which Doha denies. The museum president and sister of Qatar’s emir, seaha al-Ma’yasha al-Tani, who has a leading position in the emirate, said the blockade had no effect on the date of the inauguration. 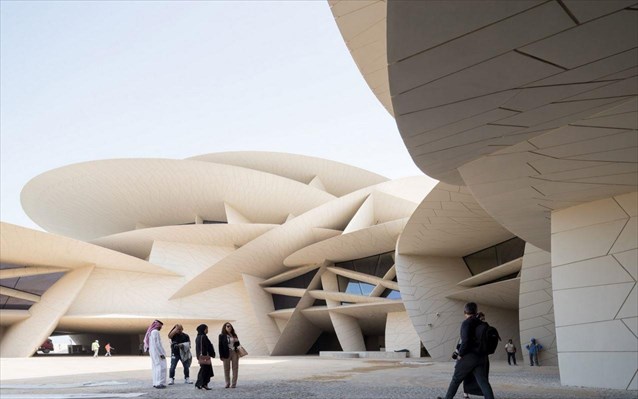 “All the world is welcome in this Museum and we are open to the rest of the world and to the dialogue. We are more than proud of this achievement, “she added earlier during her visit to the new building, designed in the shape of desert rocks by French architect Jean Nouvel.

According to experts, the delays that occurred during the construction of the Museum proved to be an opportunity for Qatar to strengthen the national identity of the project and to stand out even more than other countries in the region. French architect Jean Nouvel, who also designed the Louvre Museum in Abu Dhabi in the Emirate, said his desert rose was an ambitious project. “It is a building that becomes a destination that is expected to become an emblem“.

In an interview with the French weekly Journal du Dimanche, Jean Nouvel defended his work when asked if he was working for non-democratic regimes. ” I work on the scale of the century and the ages for the peoples, not for a person who is at some point in “In order to commemorate the country’s Bedouin past and its current energy-rich presence, the National Museum also reflects the enormous wealth, the ambition and the will of the Emirate to stand out from its neighbors As the eyes of the international community. 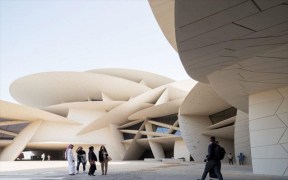 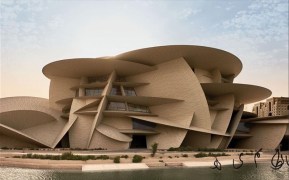