Robot dogs will protect from now on US airport bases 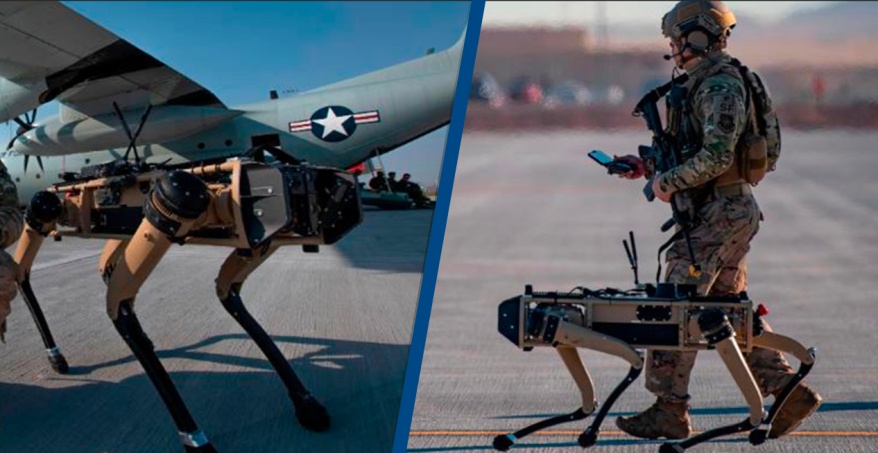 Tests with robotic dogs, which will protect military installations, have begun by the US Air Force.

According to thedrive.com, the Vision 60 were developed by Ghost Robotics and belong to the Unmanned Ground Vehicle (UGV) category. They can be used for monitoring, reconnaissance, mapping, communications and security. The company describes them as “non-stop”.

In addition to stability on any terrain and their operation in virtually any environment, one design principle of our four-legged robots is the reduced mechanical complexity compared to other robots with legs or even traditional UGVs with wheels and tracks. By reducing complexity, we increase the durability, agility and reliability and reduce the development and maintenance costs of terrestrial robots.

Early tests are highly positive, as robots detect threats before soldiers are in danger.